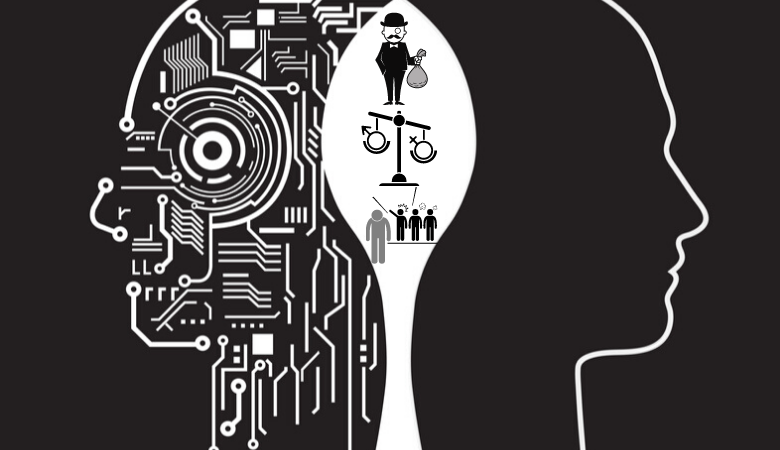 How the biggest companies on the planet are monopolising AI, and why you should care.

Where is the AI market heading and why should we care?

The old joke asks “why is there only one monopoly commission?” Basically, suggesting that having one of anything controlling everything, is a bad idea.  A small number of organisations control advances in the AI market, creating an oligopoly on the supply side and an oligopsony on the demand side for AI labour. The question is, whether too much control of both supply and demand by a small group of organisations is good for such a valuable utility as AI and is this going to become even more concentrated or will AI become more open, federated and democratic in the future? 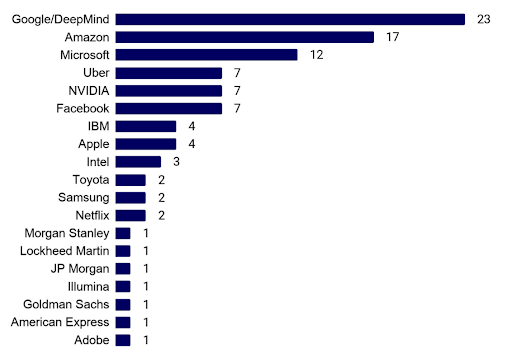 Monopolies can offer economies of scale and easier regulation and governments use the term “natural monopolies” for critical assets such as central banks or road networks. China’s approach to AI falls some way towards this. AI is one of President Xi Jinping’s 6 future technologies that will build “The new-new China” (the others being Quantum Computing, nano-technologies, synthetic biology, renewable energy and semi-conductor technology) and as such it is heavily state controlled.  In the US, AI is subject to the lightest-touch regulation, leading to fierce competition and a huge number of start-ups developing applied technology for specific industry verticals, solving niche problems or building layers of abstraction to simplify the data science and model building process. 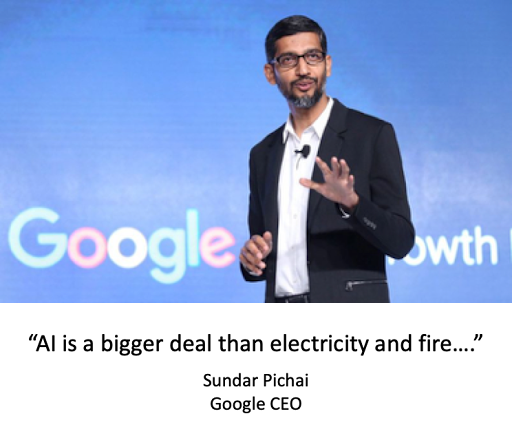 With research consultancy Forrester stating that “organisations that embrace AI will steal $1.8tn of revenue from those that do not” and Google’s CEO claiming that “AI is a bigger deal than electricity or fire”, it is not surprising that the land grab for global dominance is now in full flow.

This has led to a fundamental shift in AI solution delivery over the past 2 years, as the tech giants publish larger and more complex foundational models and make these available to developers and start-ups to build solutions for specific sectors. These massively parameterised models are trained on vast data sets (think two-thirds of everything on the internet as your training data and 3 trillion parameters to tune). The latest language foundation models from Microsoft backed OpenAI, Google, Facebook and Amazon are now being tuned by AI start-ups to generate everything from fantasy-world games, through writing product advertising copy to translating speeches from world leaders in real-time into the world’s most obscure languages. When image generation models are added, the opportunities are endless.

However, these core AI foundation models and architectures reside with a limited number of organisations, creating an oligopoly where barriers to entry become higher, due to the training costs of these large foundation models, which can run to tens of millions of dollars and as they become “intelligent learners” exponentially as more and more clients use them. We may even reach a state where one model “eats all others”, creating an unassailable monopoly as users want to connect to the smartest, most responsive and helpful model to run their business operations.

A monopsony is a monopoly but rather than a firm controlling supply it controls demand. An example of this would be when a coal company is virtually the only employer in a small mining town. That company would have a monopsony over labor and would therefore control the demand for that labor. Duopsony and oligopsony are to be sure now self-explanatory at this point. A pertinent example of an oligopsony is the ‘Big Five’ book publishers who account for over 60% of English language books being published. It almost became the ‘Big Four’ when Penguin Random House attempted to acquire Simon & Schuster, however, in 2021 this was stopped by the US Department of Justice on antitrust grounds.

Now that we have clarified what oligopolies and oligopsonies are, it is important to highlight the two primary reasons for how these market environments could be established. The first reason is that the development of AI often, but not always, requires a vast amount of resources, not just human hours of work, but huge quantities of electricity are required from the grid because of the energy required to train deep learning models. Those resources are thus very expensive and few companies have the liquid capital and access to skilled individuals to invest in such work.

The second reason is market competitiveness. As previously mentioned in this blog, Big Tech has been able to operate in relatively non-competitive environments for decades. Big Tech has come into its zenith during a late-stage capitalist era, where neoliberalism has reigned supreme. What is neoliberalism? It’s a debated term but is usually thought of as a socioeconomic modus operandi whereby firms are given significant rights in the market, poorly regulated and allowed to pay minimal tax catalyzed by a rapid increase in hyper-globalism; think Blair, Bush, Merkel, Cameron, and Obama. They presided over a time that is still continuing, but regressing, that allowed large corporations to take in record profits and especially tech, to acquire small startups or companies at record rates, knowing that they may lose money on some acquisitions but sure in the knowledge that they have likely acquired a potential future competitor that could have seen their business lose its control over an industry e.g. Facebook acquiring WhatsApp and Instagram and Google acquiring Deep Mind.

Large AI-producing firms have rapidly acquired AI startups, quelling any competition, thus once again creating an environment where market competition has not reached its near potential. Poor market competition is usually bad for the consumer. It can lead to firms that have the oligopolies being comfortable at the top, and not innovating. This is not to necessarily say that because a company has significant control over demand or supply they have become stagnant and are producing poor products or even that the market is non-competitive. Take Apple for example - it does have a significant market share over certain products (in certain countries and regions) - tablets, smartwatches, smartphones etc. Apple is in this position because it produces excellent products (and because of excellent marketing). Yet it also operates in a very competitive environment; although it should be said that it does take 30% of revenue made through its app store (on apps earning $ 1 million or more), a practice that many companies, most notable Epic games, the makers of Fortnight, have vociferously opposed.

This control over the demand and supply of AI by a small number of firms could have severely negative consequences on the development of AI. Because this market situation is developing over AI and not cars or smartphones, it makes it even more important that development is regulated and not allowed to proliferate unabated. If a small number of firms can develop a technology that is seemingly so susceptible to the thoughts and biases of its maker then having diversity in its development is key if it is to ever be a force for good in our society. Giving SMEs access to AI that has previously been unattainable to them has the potential to level the playing field and give e-commerce stores the ability to genuinely compete with the likes of Amazon or Alibaba. This is the mission of Smarter.ai. We believe that democratizing the development of AI is important so that it is accessible making it a fairer and more innovative environment. 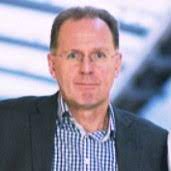